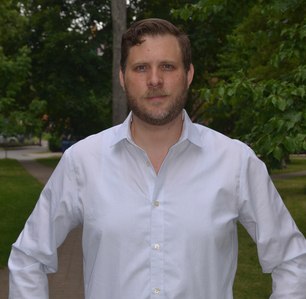 Dr. Luther Obrock from the University of Toronto shares about teaching an undergraduate course on bodies and embodiment in early Indian Buddhist texts. He wants to use his course, a seminar, to help students understand how theories are not just modern constructions, but instead can also emerge from ancient religious texts. He leads his students through ways to mine data and information about how the writers of ancient Indian texts, themselves embodied, understood and spoke about their (gendered) bodies. From analyzing the representation of the “hyper-masculine” Buddha’s body, or the status of the female body as attested in literature by or about nuns, a theory, or an “imaginary relationship to a real problem” of the body, can emerge.

“We can use the Buddhist texts as theory to think about our own positionality.” Luther Obrock

John Powers’ book, A Bull of a Man: Images of Masculinity, Sex, and the Boyd in Indian Buddhism