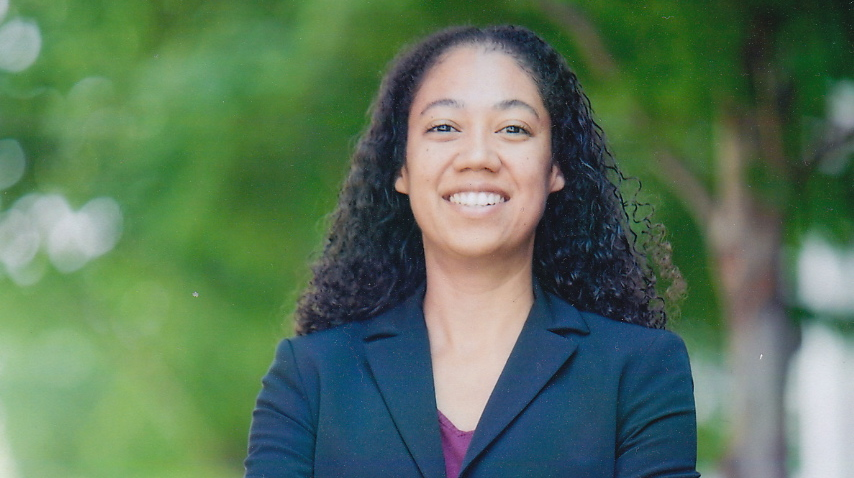 Rima Vesely-Flad teaches at Warren Wilson College exploring the intersections of Buddhism, race, and gender. Her teaching is deeply entwined with her current research on Buddhist teachers of African descent in the United states, particularly in the Vipassana tradition.

Buddhism as it was adopted in North America has reflected the racism and discriminatory ideologies of this society. Rima researches how Black Buddhist teachers are doing things differently—and how Buddhist institutions in North America and contemporary Buddhist teachings are changing as a result. As more Black teachers are coming into positions of power in the US, authoring books, providing teachings, they are making new articulations of the dharma and carving spaces of liberation from dominant social messages.

Black Buddhist teachers, many of whom also self-identify as queer, show how dharma can be a great vehicle for recognizing that historical harm was done and continues to be done, and to working with that recognition. They disrupt the status quo, bringing about new awareness based on embodied experience, and bringing attention to internalized racism and inter-generational trauma.

With the tools that Buddhism provides to address, name, and be in discomfort, these teachers are making a different dharma possible: a space of resistance and healing to the pervasive ideologies of white supremacy. Teaching and reading this material with students, both white and marginalized, and gender non-conforming, Rima provides expansive opportunities for all to recognize the work that remains.

“Let’s take not only Black people who are marginalized in society and value their bodies and value their spirits and value their persons, but let’s also take the most marginalized folks within Black communities and privilege their voices and their experiences so that in this movement not only do we have many, many self-identified queer leaders, but we also have an emphasis on transgender persons and the disproportionate violence especially against Black transgender women.” Rima Vesely-Flad

“IMS is about to graduate a teacher group that is 70% people of colour.” Rima Vesely-Flad

“When I did the research for my book, which pertains only to people of African descent both who are recognized teachers but also who are long-time practitioners, it turns out that almost 63% self-identify as queer. That’s a very big deal.” Rima Vesely-Flad

“In that privileging of the body, these teachers are saying we work with the body, the body is our vehicle towards liberation and our social experiences and how we’re constructed needs to get named as much as they need to be transcended. So that there is within these spaces a recognizing of how racism is internalized, the overt violence that gets enacted, the level of fear with which we move in our broader society, all of that gets named and put out there.” Rima Vesely-Flad

“The practice of liberation is not simply to achieve these different states of mind, but it’s also to say that liberation means a kind of transcending of those dominant, damaging messages that we have internalized so that we are not always in reaction to white supremacy.” Rima Vesely-Flad

“One of the reasons I think these teachings from these Black teachers are so profound is that you can tell that they have managed to live in a different way. They are not always moving against white supremacy. They are not changing their patterns, not changing their bodies, not always in reaction to the degradation that has been part of the waters we all swim in.” Rima Vesely-Flad

“Predominantly white Buddhist sanghas and retreat structures and governing structures in the United States have not taken seriously that fact that racism can flourish in those communities and that that needs to be named and confronted and worked with through dharma practice.” Rima Vesely-Flad

“Leadership matters – who is on the podium or on the platform or holding the mic – those sets of voices matter a lot in terms of trying to shift a culture, to simply invite more people in but not shift the power structure is really not enough.” Rima Vesely-Flad

“That is precisely where white people need to do some work and to really work with that fear, that self-silencing, and that inhibition, and again I think the dharma is such a great place to start with that because you have tools to sit with discomfort.” Rima Vesely-Flad

Thich Nhat Hanh’s article How to Sit, on the Lion’s Roar website

Resmaa Menakem’s book, My Grandmother’s Hands: Racialized Trauma and the Pathway to mending Our Hearts and Bodies, 2017

Lama Rod Owens’ book, Love and Rage: The Path of Liberation through Anger, 2020

Rima Vesely-Flad’s book, Black Buddhists and the Black Radical Tradition: The Practice of Stillness in the Movement for Liberation, 2021

“Inside Out” prison teaching program at Warren-Wilson College

angel Kyodo Williams’ book, Being Black: Zen and the Art of Living with Fearlessness and Grace, 2002

Sebene Selassie’s book, You Belong: A Call for Connection, 2021

Names of Black feminist writers and Black writers on dharma